Wage and Hour Law Threats to the Flat Rate System 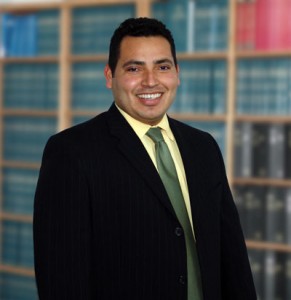 Most, if not all, dealers perform repairs and maintain their customer’s cars either through some manufacturer warranty system or through customer direct pay. These dealers pay their mechanics on a flat rate system (also known as “flag” system). A flag rate is simply a pre-designated amount of time that a repair should normally take when performed under normal circumstances. To determine pay for any repair, the flag time is multiplied by a pay rate. An essential part of the system is that the same amount of time is flagged no matter how much time it actually took the mechanic to perform the repair. Mechanics like this system because an efficient mechanic can flag more hours than he/she actually worked. This is due to the fact that under a flat rate system, the same amount of time is flagged for a job whether the job takes more or less time than the flag time, which is fixed. Dealers like this system because it ensures mechanics will strive for efficiency without too much supervision. Such a system also permits dealers to apply objective measures to determine top performers.

But, what happens if the dealer cannot provide work throughout the day, and the mechanic has to wait for work? Or, what if the mechanic needs to track down a car before doing the repair and spends 15 to 20 minutes looking for and moving the car to the stall for repairs, or cleaning the stalls? At the heart of this issue is this question: must the dealer compensate for this down time? Down time being time during which piece rate employees are on duty but are not able to flag hours through no fault of their own or because other duties are required of them.

By way of example, assume that a mechanic works 8 hours a day. In the first six hours, the mechanic flags 7 hours, but the dealer runs out of work in the last two hours. Further assume the dealer requires the mechanic to provide his or her own hand tools and is, therefore, required to pay twice the minimum wage under the Wage Order, or $16.00 an hour. Our mechanic, however, is very experienced and is paid $30 per flag hour. Under these facts, the pay for this mechanic for the day is $30.00 x 7 (flag hours) = $210.00. Since he is working 8 hours, his effective hourly rate is $26.25 an hour (calculated as $210.00 / 8 actual hours)—well above the required minimum. Is this legal?

Under Federal law, the answer is clearly, yes. The method used to determine whether the minimum wage requirement is satisfied is to take total daily pay and divide by total actual hours worked. This method is called the averaging method. Using this method, it was assumed that as long as the resulting rate was above minimum wage, the dealer was in compliance. In our example, the mechanic was paid $210 for 8 hours of actual work, for an average hourly rate of $26.25. In this example, the employer-dealer is in compliance because it is paying above the required rate.

Under California law, however, the answer is no. A relatively recent California appellate court case held that employers must pay at least minimum wage for every hour worked. Armenta v. Osmose, Inc. (2005) 135 Cal.App.4th 314. The Armenta case essentially held that the averaging method noted above cannot be used under California law, because it does not compensate for the two hours during which the mechanic had no work. California law, the Court held, requires that every hour worked be compensated at least at the minimum wage rate, which means that the two hours when the mechanic is not doing repairs should be compensated at least at the minimum wage rate, irrespective of the fact that the average rate is above the required rate. This obligation cannot be satisfied by simply averaging the total pay over the actual hours. California state law holds that since there may be hours where the mechanic was not flagging hours because there was no work, but remained on duty, that this “on duty” time is compensable, separate and apart from the amount earned during the first six hours.

While Armenta did not deal with a piece rate system, courts have not had trouble extending it to such pay systems. In recent cases, Armenta has been extended to the dealers’ flat rate system.  Ontiveros v. Zamora (2009) 2009 WL 425962 (unreported case). In fact, presently, Downtown LA Motors is appealing a $2.8 million judgment resting partly on the fact that its mechanics were not compensated for all the “downtime.” Gonzalez v. Downtown LA Motors (2012) B235292 (Cal. App., 2nd Dist., Div. 2). The appeal is in its early stages. However, the Ontiveros Court rejected most of the arguments being pressed by Downtown LA Motors in ruling in a legal motion seeking to dismiss the claims. However, since the Ontiveros case was not a published opinion in the official reports, it can legally be ignored.

While it is possible that the Court will refuse to follow Armenta, it is also possible that it may uphold it as applied to the flat rate system, or may even distinguish the case.  The bottom line is that dealers, and any employer who pays using a piece rate system, should be cognizant of the risks associated with compensating mechanics using the flat rate system when there is any form of down time. This risk is amplified by the fact that mechanics for large dealerships may be able to combine their claims and assert them as a class action, making the potential financial exposure from such lawsuits significant. The hesitancy by dealers to change such an ubiquitous method is understandable. However, dealers are well-advised to begin to manage such exposure now in order to minimize the amount of damages from a potential future claim.

A definitive answer as to whether Armenta will be followed, distinguished or rejected in this context will take time, as most appeals do. However, it behooves dealers to take steps now to manage this risk by analyzing their pay systems and exploring ways to mitigate the risks by implementing appropriate steps to reduce any potential exposure.

This article must not be considered legal advice.  Should you have any questions regarding this article, please consult with legal counsel.  Additional information and resources can be found at www.landeggeresq.com