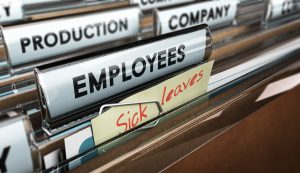 Not content with the state’s paid sick leave law, the City of Los Angeles has now passed its own generous paid sick leave ordinance, which mirrors the state law in many respects, but also doubles the amount of paid sick time employers must offer to employees within the city.

The Los Angeles paid sick leave ordinance (“LA ordinance”) mandates that employers provide 48 hours of paid sick leave every year to every employee who works 30 or more days within the City of Los Angeles.  This paid sick leave may be given in one of two ways: (1) by providing 48 hours “up front” at the beginning of each calendar year, employment year, or other 12 month period, or (2) by providing employees accrued sick time at the rate of no less than one hour for every 30 hours worked (the “accrual” method).  Under either method, the employee’s unused paid sick leave carries over from year to year, up to 72 hours.  This requirement is important because it differs from the state law, under which employers can avoid carry over of accrued hours by providing paid sick leave “up front.”

Under the LA ordinance, a company may limit an employee’s use of paid sick leave to 48 hours per calendar year, employment year, or other 12 month period, which is double the state law’s yearly “use cap” of 24 hours.  Total accrual of paid sick hours may be capped at 72 hours, well above the 48 hour cap allowed by state law.

Paid sick leave under the LA ordinance must be paid at a rate equal to the new Los Angeles minimum wage rates in effect.  Paid sick leave may be taken for the employee’s own illness, or the illness of any “family member,” as defined by the state law.  The LA ordinance also greatly expands on the allowable uses, by extending paid sick leave to employees for the illness of “any individual related by blood or affinity whose close association with the employee is the equivalent of a family relationship.”  This vague phrase will likely cause future litigation.

A request to use accrued sick time cannot be denied if the employee submits it at least one hour before the beginning of the shift.  Employees must be allowed to take paid sick leave in minimum increments of no more than two hours.

The benefits mandated by the LA ordinance must be implemented by July 1, 2016, for employers with more than 25 employees, and July 1, 2017 for employers with 25 employees or less.  Paid sick leave must be offered to all employees who work over 30 days within the City of Los Angeles during a 12 month period, even if the work is sporadic, and regardless of the location of the employer.  Like the state law, new hires can be restricted from using paid sick leave until the 90th day of employment, however, accrual of paid sick hours starts on the date of hire.

It is important to remember that employers must still comply with every requirement of the state law as well.

The LA ordinance prohibits retaliation against employees who seek to assert their rights under the new law.  A separate ordinance created a new City of Los Angeles Office of Wage Standards to enforce the LA ordinance as well as the new LA minimum wage.  This office can inspect workplaces, collect back wages, and assess administrative fines against companies.  Employees can also file civil lawsuits for violations of the LA ordinance.