According to a recent California Supreme Court decision, California employers cannot require employees to work off-the-clock without compensation, even if only for a few minutes.  The Court’s ruling in Troester v. Starbucks should be a warning to all employers to review their timekeeping procedures to ensure that all time worked is recorded and compensated.

Douglas Troester filed a class action lawsuit on behalf of himself and all California Starbucks employees who perform store-closing tasks.  Troester established that Starbucks employees were required to clock out using computer software before beginning a separate store-closing procedure on another computer. After beginning the store closing procedure, Troester set the alarm, locked the front door, and walked other employees to their cars pursuant to Starbucks’ company policy. On certain occasions, Troester also had to reopen the store to allow other employees to retrieve any personal items they left behind and was sometimes required to move patio furniture inside the store.  These tasks caused Troester to work an additional 4-10 minutes of compensable time per closing shift, totaling $102.67 in unpaid wages over a 17-month period.

In response to Troester’s allegations, Starbucks argued that this time fell under the de minimis doctrine and did not require compensation as a result.  The de minimis doctrine is codified under the Fair Labor Standards Act, and Federal courts have applied the doctrine to excuse employers from compensating employees for insignificant amounts of time worked beyond their scheduled working hours.  In those instances, Federal courts examine the administrative practicability of recording the time, the total amount of compensable time, and the frequency of the additional work.

In a two-part holding, the Court in Troester determined that California’s employee-friendly wage and hour laws have not adopted the Federal de minimis doctrine and that, under the facts of the case, California law did not excuse Starbucks from paying its employees for routine, off-the-clock work.  While the Court left open the possibility that the de minimis doctrine could apply to extremely irregular or brief work, the Court’s holding nonetheless places a burden on employers to track small amounts of time worked, even in cases where it is administratively difficult to do.  In reaching its holding, the Court reasoned that employers are better equipped than employees to devise methods to track employee time and pointed to technological developments with smartphones, tablets, and/or time-tracking applications as examples.

The Troester decision serves as a warning to employers that any amount of off-the-clock work, however small, is likely required to be compensated, and reliance on the de minimis doctrine is risky.  California employers should therefore carefully review their timekeeping procedures to ensure that all time worked by employees is recorded and compensated. Employees who clock out before completing their daily tasks, like in Troester, and employees who work at home or during their commute to or from work, are just two scenarios under which an employer may not be paying its employees for all compensable time worked. In today’s modern workplace, with employees’ use of cell phones and mobile devices to work outside of normal working hours, every employer should be paying particularly close attention to off-the-clock work by its employees. 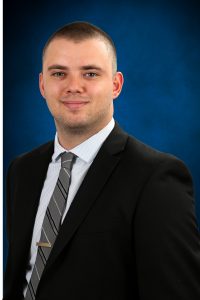