JULY 1, 2017: Your Minimum Wage Employees May Be Due For An Increase 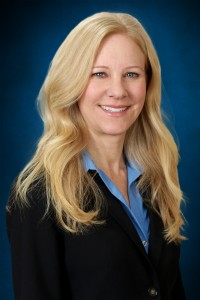 Whether your minimum wage employees are due for an increase in pay largely depends on where your business is located, how many employees you have, and where your employees actually perform their work.

Apart from the federal and California minimum wage laws, a number of cities and counties throughout California have promulgated their own special minimum wage requirements which must be followed. For example, the cities of Los Angeles, Pasadena and Santa Monica have their own minimum wage rules.  Also, the City of Los Angeles’ Minimum Wage Ordinance applies not only to employers located within the geographic boundaries of the City but also applies to any employee who works within the City’s borders for two or more hours in a week.  If your minimum wage employees sometimes work in the City of Los Angeles, you can either pay the Los Angeles City minimum hourly rate for every hour worked, or you can track the number of hours that your employees spend in Los Angeles and adjust their pay accordingly.  In fact, the City of Los Angeles has its own Rules and Regulations Implementing the Minimum Wage Ordinance that sets forth numerous “suggested methods” for tracking a transient employee’s hours.

The charts below provide the changes to the minimum wage that are effective on July 1, 2017, and in subsequent years in the cities of Los Angeles, Pasadena and Santa Monica.

Regardless of whether an employer opts to frontload or accrue the sick pay, the employer MUST permit paid sick leave to carry over from year to year.  However, with respect to the carryover hours, the Ordinance permits employers to place a cap of 72 hours on the carryover (a total of 9 days for a full-time employee working 2,080 hours/year) if the employer has a clearly worded policy to that effect.  Otherwise, the employer must permit employees to carry over any unused sick pay hours from year to year.  Similar to the City’s minimum wage requirements, the paid sick leave law also applies to employees who work a minimum of 2 hours each week within the City of Los Angeles.