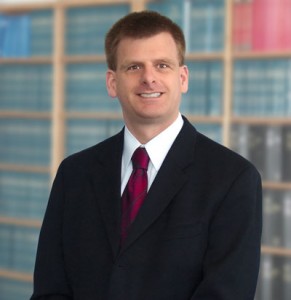 The new California Bill changes effective January 1, 2013 definitely effects how we do business.  Such topics include: AB 2386 – which prohibits discrimination in employment based on breast feeding; AB 1964 – expands and clarifies the scope of religious protections under the Fair Employment and Housing Act; AB 1844 restricts the use of social media in hiring decisions; AB 1396 – requires written commission agreements with employees.

AB 2386 – prohibits discrimination in employment based on breastfeeding.

AB 1964 – expands and clarifies the scope of religious protections under the Fair Employment and Housing Act.

The practical effect of this law is that it requires employers to be sensitive to employee’s religious beliefs. At the very least, employees who want to wear religious jewelry or clothing (e.g. head scarves), and follow their own religious grooming practices regarding hair need to be treated equally, irrespective of religion.

AB 1844 – restricts the use of social media in hiring decisions.

The bill does not prevent employers from requiring access to an employee’s personal social media if it reasonably believes the content is relevant to an investigation of allegations of employee misconduct or employee violation of applicable laws and regulations. The bill also does not prevent employers from requesting passwords to access employer-issued electronic devices.

Because of this new prohibition, employers should ensure that their hiring process and employment practices do not include review of employees’ private social media.

AB 2343 – requires employers who use criminal background information in employment decisions to give copies to applicants or employees.

The law also states that, if a commission agreement expires but the employee continues to work under that commission structure, all the terms of the prior agreement remain in effect until the old agreement is superseded by a new written agreement or is terminated by either the employer or employee.

This bill changes the law to mandate that, starting in 2013, salaries paid to non-exempt employees by law only compensate them for regular hours, not overtime hours, worked during the week, regardless of any contrary agreement between the employer and employee. This means if an employee works overtime hours, an employer has to pay that employee additional hourly wages at the rate of 1/40 their salary for each hour over 40 worked in a week or over 8 in a day, in addition to overtime wages for each of those hours. The employer and employee cannot agree to waive this requirement through contract or otherwise. Violations can subject the employer to criminal penalties.

Most temporary staffing agencies will be required, starting July 1, 2013, to list on each employee’s wage statement the rate of pay and hours worked for each assignment the employee worked in that period. The following information must also be provided to employees in a written notice at the time of hire, along with other information already required by law: the name of the agency, the physical address of the main office of the agency, the mailing address if different from the physical address of the main office, and the telephone number of the legal entity for whom the employee will perform work.

AB 2674 – clarifications to the requirement to maintain copies of wage statements and allow inspection of personnel files.

This law requires employers, starting January 1, 2013, to allow an employee – or an employee’s authorized representative – to not only inspect, but receive copies of a personnel file, within 30 days of receipt of a written request (except during the pendency of a lawsuit.) The employer must provide forms to request such records, but the employee is not required to use the form to make the request. The employer and employee can agree to extend the 30 day period to 35 days. The request and inspection of the records may be made by a “representative” of the employee authorized in writing to inspect or receive a copy of the records.

The employer may redact from the records the names of non-supervisory employees. Employers do not have to provide: records related to investigation of a criminal offense; letters of reference; ratings, reports, or records obtained before the employee’s employment; records prepared by identifiable examination committee members; or records obtained in connection with a promotional examination. For former employees, the employer only has to respond to one request from each former employee to inspect or receive a copy of his or her records per year.

Also, employers are currently required to keep copies of wage statements on each employee. This new law clarifies that the “copy” can be a computer generated report, provided the report contains all the information required by the statute, which includes: gross wages, total hours worked (except for salaried, exempt employees), the number of piece-rate units earned and any applicable piece rate (if applicable), all deductions, net wages, the inclusive dates of the pay period, the name and address of the employer, and all applicable hourly rates in effect during the pay period and the corresponding number of hours worked at each hourly rate by the employee.

Currently the law allows employees to collect a penalty from employers who fail to issue them wage statements, or fail to include all required information on the wage statements, but only if the employee suffers “injury.” This bill amends the Labor Code, as of January 1, 2013, to specify that an employee “suffers injury” simply by not receiving a wage statement, or by receiving an incomplete wage statement from which the employee cannot accurately determine the amount of gross or net wages paid, the deductions taken, or other specified information. However, the employer is not responsible for isolated, unintentional clerical errors that cause a violation of the statute.

This bill’s practical effect is that it expands the scope of the penalty, so that it applies to many more situations in which employers fail to issue accurate wage statements. Employers should continue to be careful and ensure they fully comply with the wage statement requirements for every employee and every paycheck.