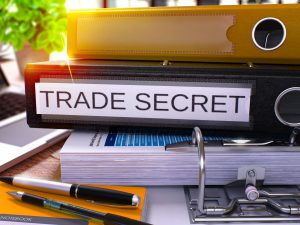 Congress recently passed the “Defend Trade Secrets Act of 2016.” This law allows employers who are the victim of theft of their trade secrets by employees to file a civil lawsuit in federal court, as well as in state court. The law is similar to, but not identical to, state trade secret protections.

The law does not pre-empt state trade secret laws, so employers have the option to choose either federal courts or state courts to pursue employees who steal the company’s trade secrets. Employers should be aware that if they choose to file a lawsuit in state court, but include a claim for violation of the federal law, that the employee could remove the litigation from state court into federal court. Depending on the circumstances, it might be advantageous to be in one court or the other, or it might be advantageous to include a violation of the federal law in a lawsuit, or omit it. Each case is different and your options must be closely analyzed before filing the lawsuit.

The federal law contains a provision that permits the federal court to issue an order for the seizure of property from defendant employees in order to prevent them from unlawfully disseminating trade secrets. Courts will likely issue seizure orders infrequently, because the requirements for obtaining them are extremely onerous.

The federal law has one unique requirement that employers should consider complying with now, to protect them in the event a future trade secret lawsuit lands in federal court. The new federal law mandates that employers make a specific disclosure in any agreement that concerns the employee’s use of the employer’s trade secrets. Failure to include the disclosure will prevent the company from recovering attorney’s fees and punitive damages in a federal lawsuit. The disclosure must inform the employee that, under federal law, employees are immune from criminal prosecution or civil lawsuits for disclosing a trade secret if the disclosure is made “in confidence to a Federal, State, or local government official, either directly or indirectly, or to an attorney; and solely for the purpose of reporting or investigating a suspected violation of law” or it is made “in a complaint or other document filed in a lawsuit or other proceeding, if such filing is made under seal.”

It remains to be seen how the new federal law will impact California’s trade secret law, if at all; and whether or not the federal courts will apply the new law in such a way that is more favorable for companies to sue violators under the federal law instead of in state court.

Our firm is ready to assist you in determining whether or not to adjust your confidentiality and proprietary information agreements in order to ensure they comply with these new laws.