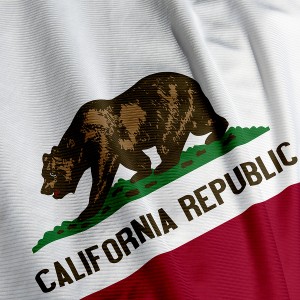 Yesterday morning, the California Supreme Court issued its long awaited decision in the case Brinker v. Superior Court (Hohnbaum), S166350.  The Brinker decision involved a class action against a number of restaurants operated by Brinker Restaurant Corporation, alleging that Brinker failed to provide meal and rest periods required by California law and required employees to work off the clock, and seeking to certify a class of approximately 60,000 restaurant employees.

The Brinker case centered on the proper interpretation of California’s meal and rest period laws and regulations and how those interpretations inform and affect class certification. The central, and long anticipated, holding in this case is that employers need not ensure employees take 30 minute off the clock meal periods, but do need to provide meal periods, one for a shift longer than 5 hours, and a second for a shift over 10 hours. Also, employers need only “authorize and permit” 10 minute on the clock rest periods, for every 4 hour period of work or major fraction thereof. The Brinker decision outlined detailed requirements under the law, and the Court specifically ruled as follows:

As to 30 minute off the clock meal periods:

It is important to note that even though an employer does not need to ensure employees take meal periods, if the employer actually knows that employees are not taking 30 minute meal periods in which employees are relieved of all duties and free to do what they want, it will be held liable.  Also, if an employer has a policy that contradicts these regulations, it will be held liable, because the employee will not be given the opportunity to waive anything.

As to 10 minute rest periods:

The court in Brinker relied heavily on the existence of company-wide policies to decide whether the case should be certified as a class action. In fact, in Brinker the Court ruled that the portion of the case dealing with rest periods could proceed as a class action, because of Brinker’s rest period policies. (The Court did not decide whether those policies violated the law.) Courts will first look to a company’s meal and rest period policies (or lack of such policies) to help decide whether a lawsuit against the employer can be treated as a class action, because such policies show that the issue can be resolved for the entire class. This is just one factor; the company must also ensure that its practices do not impede employees from taking breaks. It will be the employer’s burden to establish that the opportunity to take breaks was provided to employees.

Having specific policies that fully comply with the law, and these new Supreme Court rulings, is crucial for the defense of any class action that might be filed against your company.  Companies who do not have such policies should work to implement policies as soon as possible and inform employees directly of these policies.  Employers should also seek legal counsel to ensure their policies comply with these detailed requirements.  The labor and employment attorneys of Landegger, Baron, Lavenant & Ingber are available to assist you.