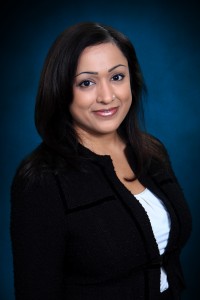 Wait. Doesn’t California already have an equal pay law? Well, yes. In fact, California has prohibited wage discrimination on the basis of sex since 1949, long before pay discrimination was prohibited by federal law. However, as the California Legislature sees it, the current version of the California Fair Pay Act is virtually identical to the federal Equal Pay Act and lacks the “teeth” necessary for potential plaintiffs to establish claims. Both laws prohibit employers from paying an employee a lesser wage rate than the rates paid to employees of the opposite sex in the same job site for the same work for jobs which “require equal skill, effort, and responsibility, and which are performed under similar working conditions.” Additionally, the current law allows exceptions where wage rates are set pursuant to a seniority system, a merit system, a system that measures earnings by quantity or quality of production, or a differential based on any bona fide factor other than sex.

The new bill, which was recently passed by bipartisan, unanimous votes of the state Senate and Assembly, and signed into law today by Gov. Jerry Brown, amends the state’s existing Fair Pay Act and attempts to enlarge the sphere in which the wages of female employees will be compared with the wages of male colleagues. In addition, the bill is intended to end salary secrecy, and increase the burden on the employer to establish a non-discriminatory reason for any pay disparities between the sexes. (Although the bill was intended to address pay discrimination against women, by its terms it would apply to any pay discrimination based on sex, including discrimination against men.)

Specifically, an employer will be prohibited from having sex-based wage differentials, considering all job sites operated by the employer for “substantially similar work” (not necessarily the same job) when viewed as a composite of skill, effort, and responsibility, and performed under similar working conditions. The move from “equal work” to “substantially similar work” will greatly expand the number of employees who might be considered “comparators” to establish claims under this law.

Furthermore, in what seems to be an enhancement to existing salary secrecy laws already on the books, the new law will prohibit employers from restricting in any way the ability of their employees to disclose their own wages, to discuss or ask about the wages of others, or to aid or encourage other employees to do the same. However, the bill stops short of requiring employers to divulge the wage rates of other employees, even if the request comes from a female employee trying to determine whether pay discrimination exists.

The amendment to the Fair Pay Act will also continue to permit exceptions for pay disparities based on a system of seniority, merit, quantity or quality of production, or any other bona fide factor that is not based on sex, provided these are affirmatively established by the employer. The “bona fide factor” exception is significantly limited, however, as employers must now demonstrate that the factor or factors used are related to the specific job and justified by a legitimate business necessity, and that there are no other alternatives that would serve the same business necessity without resulting in a wage gap. The employer must also demonstrate that any factors relied upon to justify a disparity in wages are applied reasonably and account for the entire wage differential.

The Fair Pay Act is enforced by the California Division of Labor Standards Enforcement. If the Division finds that an employer has violated this section, it may supervise the payment of wages and interest found to be due. The Act also allows the employee (or former employee) to file a complaint with the Division to recover back wages, or for retaliation. The Division may pursue a civil complaint on behalf of the affected employee and similarly situated employees to recover unpaid wages, liquidated damages, and costs of suit.

Alternatively, the employee may file a civil action to recover wages, interest, liquidated damages (which is the amount of unpaid wages), court costs, and attorneys’ fees. Punitive damages are not recoverable. The statute of limitations is two years, or three years if the violation is willful.

Given the new law’s amplified protections and increased burden on employers to justify wage disparities, employers should examine pay rates for all “similar” positions and formulate company-wide measures for the provision of pay increases, so as to correct or justify any apparent pay disparities.