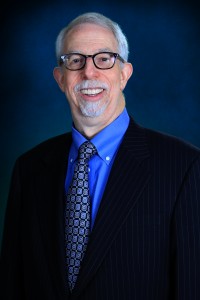 Larry earned his B.A., in 1976 at Ohio University, his Ph.D. in 1983 at Rutgers University and was a Post Doctoral Fellow at University of New Hampshire and Yale University where he was Lecturer in the Department of Sociology from 1985-1987. He authored Four Theories of Rape in American Society: A State-Level Analysis (published in 1989, with Murray A Straus) and thirteen scholarly articles in professional journals.

Larry went on to earn his J.D. in 1990 at the University of California, Los Angeles, School of Law. Admitted to the California Bar in 1991, and subsequently admitted to practice in the U.S. District Court Central, Northern, Southern, Eastern Districts of California. Membership includes the State Bar of California, and Los Angeles County Bar Association, and Labor & Employment Section. The stimulation of dealing with novel issues and the need to think on one’s feet drew Larry to the practice of litigation. His strong writing skills allow him to create clear,  detailed briefs to defend cases aggressively and save clients money by resolving cases prior to trial. He focuses on education, prevention and innovative problem-solving to avoid litigation and keep a company healthy and profitable.  He is also a successful trial attorney.